A Fight Against Human Trafficking Through Football

This project aims to engage adolescence from 10 – 14 years in a football competition that will not only keep them fit and socialize with other kids; but will equally be an opportunity for these kids to learn some of the basic ways of identifying trafficking in person. This project will empower these youths with knowledge that will help them identify and avoid some of the traps used by unscrupulous football agents and managers. These agents feed off the dreams of young aspiring footballers by promising them fame and fortunes as a means to lure them to places where they will lose their freedom and be forced into labor or prostitution; they are transformed into money making machines for their traffickers.

They lack some means to make it happen. If anyone has any football clothes / training clothes that are no longer worn, I would have been incredibly happy if you would have given to me so I could send down to Survivors Network. I myself have even found some football shoes and training pants I no longer wear to send down. It is also possible to help them by donating money to: https://www.survivorsnetwork.co/donate?fbclid=IwAR0YQZbb6uS2UejLGDvwnqJXRoVmwjBai5D1iOMaoWILQLSFeILfbdkSXCA

Although there are many initiatives by different governments to address such issues, some of them are lacking when it comes to implementation while others have loopholes that is being exploited by traffickers. For example, the UK’s Modern Slavery Act 2015 (MSA) considers that an organization is in accordance with the act if it simply publishes a statement in agreement to the act. The act therefore has insufficient effort to prevent trafficking and forced labor.

The lack of actions to prevent trafficking through football and other means has given rise to cases such as the 23 minors who were trafficked to Champasak, a football club in Laos. They were trafficked by Alex Karmo, a former Liberian footballer. These minors were sleeping on the floor of the stadium and fed just twice a day.

Another case is that of a young Nigerian reported by BBC in 2019. This Nigerian was promised a chance to play soccer abroad; but while abroad, he was instead locked in a building where he was subjected to sexual abuse.

Seeing cases like the one involving the Liberian footballer acting as a trafficker calls for urgent action because some of these minors see such football stars as role model whose words cannot be false.

This proposal is therefore a proactive initiative to prevent “human trafficking through football” by engaging teenage football lovers in a tournament; educate them in the course of the tournament on how to keep themselves safe from traffickers. This action will compliment other actions such as the ‘NotForSale’ campaign that is encouraging Nigerians to find work in their country rather than risking their lives to travel abroad.

This proposal shall engage youths, including those who have been internally displaced by the ongoing Anglophone crisis in the South West and North West Regions of Cameroon into a competition that will help uplift their spirit.

This proposal shall be carried out alongside empowering these youths with knowledge that will increase their ability to identify traffickers or fake football agent who are out to exploit them. This will result to relatively lower number of trafficked youths in future.

The current covid-19 pandemic is a major challenge to the achievement of many goals of different organizations this year. But we are optimistic that this will not be the case here. This is because this competition will take place in Kumba, South West Region with no recorded case of the pandemic since July. The town is known for operating normally though the inhabitants are expected to wear facemasks in public places.

The inhabitants are allowed to gather in public places like markets, churches and bars that all host far larger number of people than this tournament can host at a time.

Organizing this competition does not in any way violate any rules set by the government of Cameroon. We have double-checked this by verifying with authorities in both the administrative and sports offices in Kumba.

Just to contact me if you have any questions regarding this. Appreciate all donations whether it is to their website or football clothes that I can send down. Remember that everything helps! Whether it's football shoes you no longer wear, a t-shirt or money being donated. Everything helps.

Personally, it makes me so happy that we can use the sport that I love and have been doing all my life, for something this good!

Ps: If you or anyone you know wants to collaborate, please feel free to contact.

By accepting you will be accessing a service provided by a third-party external to https://www.missnorway.org/ 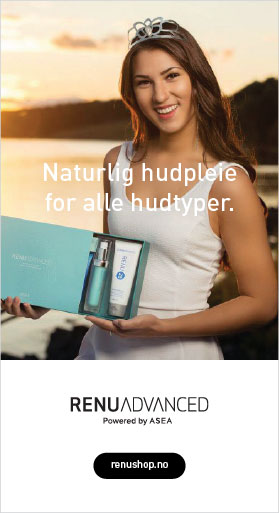